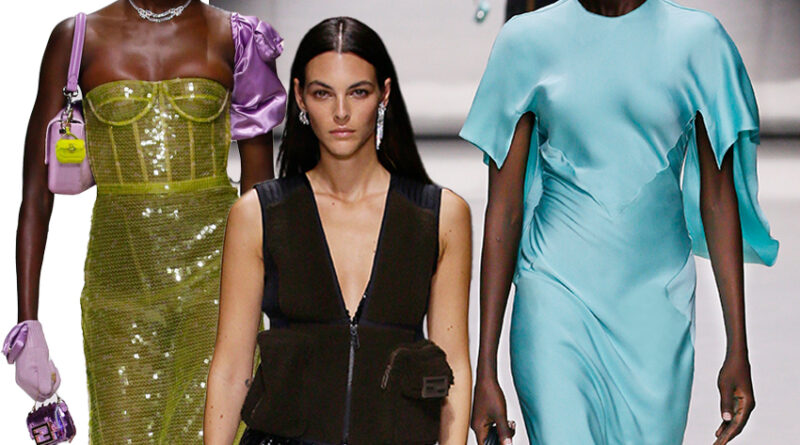 FENDI celebrates 25 years of its iconic bag, the famous “baguette”, gets reimagined presented in a collection with a spectacular show in New York. 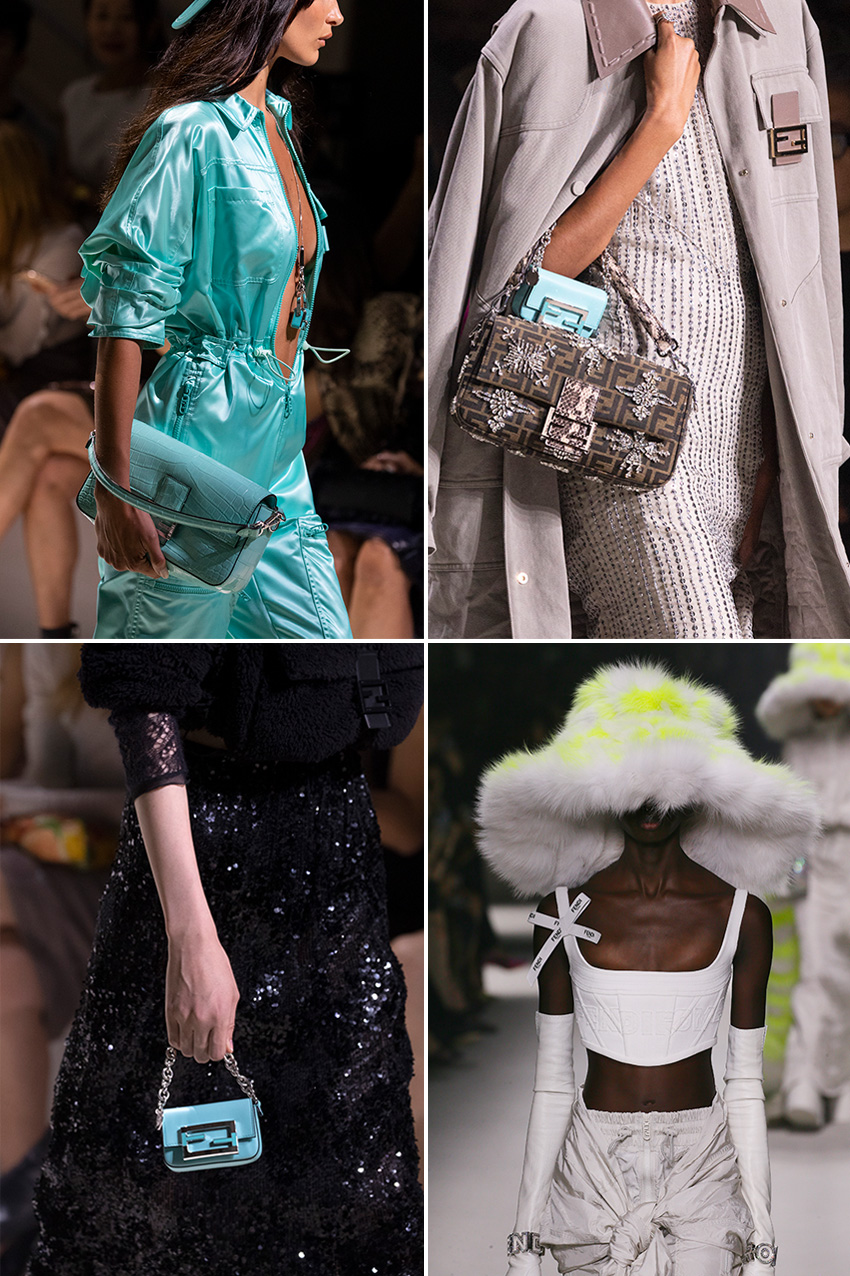 At once interpretations and celebrations of the Baguette in this 25th Anniversary year, the collections of Kim Jones and Silvia Venturini Fendi at Fendi, Marc Jacobs, Tiffany & Co, Sarah Jessica Parker and Porter pay tribute to the bag and the city in which its place in pop culture history was sealed – New York.

Taking inspiration from the object itself, a moment in time, as well as the spirit and geography of place, the Baguette is realized in a multiplicity of ways, both in terms of clothing and accessories, reflecting the maker as much as the iconic item, while never neglecting the enjoyment and sense of celebration for the wearer.

In this rough-cut romance between uptown and downtown, luxury and utility, excess and reality, the Baguette and the clothing and accessories it inspires are at once defined as a moment in history and part of a continuum with today. 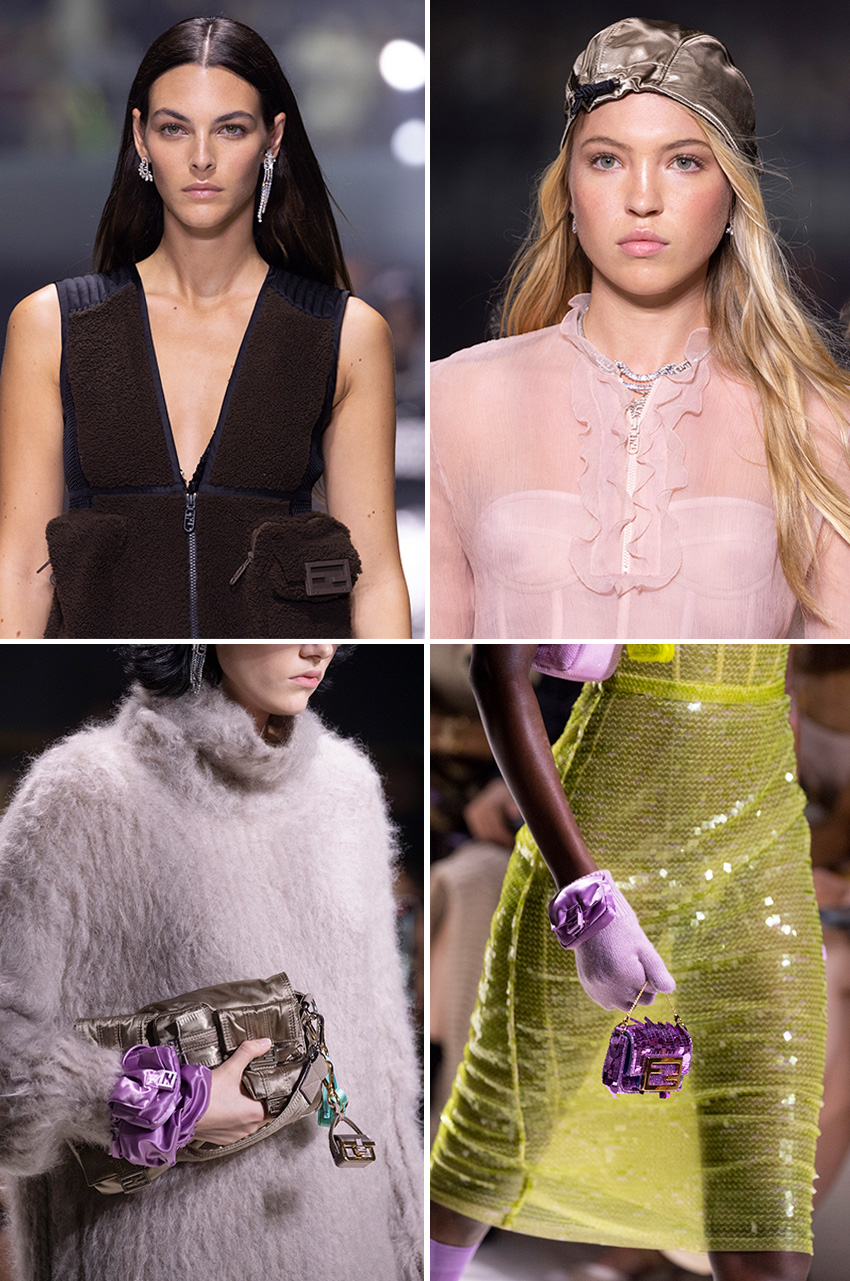 For Marc Jacobs, grand dimensions from another time are contrasted with the humble origins of today and in so doing banish notions of costume in his collection. A reflection of the glittering and gritty New York cityscape the casual is made formal in parachute train skirts, balloon-backed broken denim jackets, rustling cellophane opera capes and fluro recycled fur stoles and hats. The glitter of rhinestones, silver, and fluro yellow pervades, becoming an almost literal example of ‘local colour’; inspired by the glass frontages and workman’s safety vests to be found on the city’s streets.

Exaggerated, platformed and oversized, the take on the Baguette itself also shares something of these silhouettes’ grand gestures – elongated and gleaming, replete with multiple mini versions of itself attached. 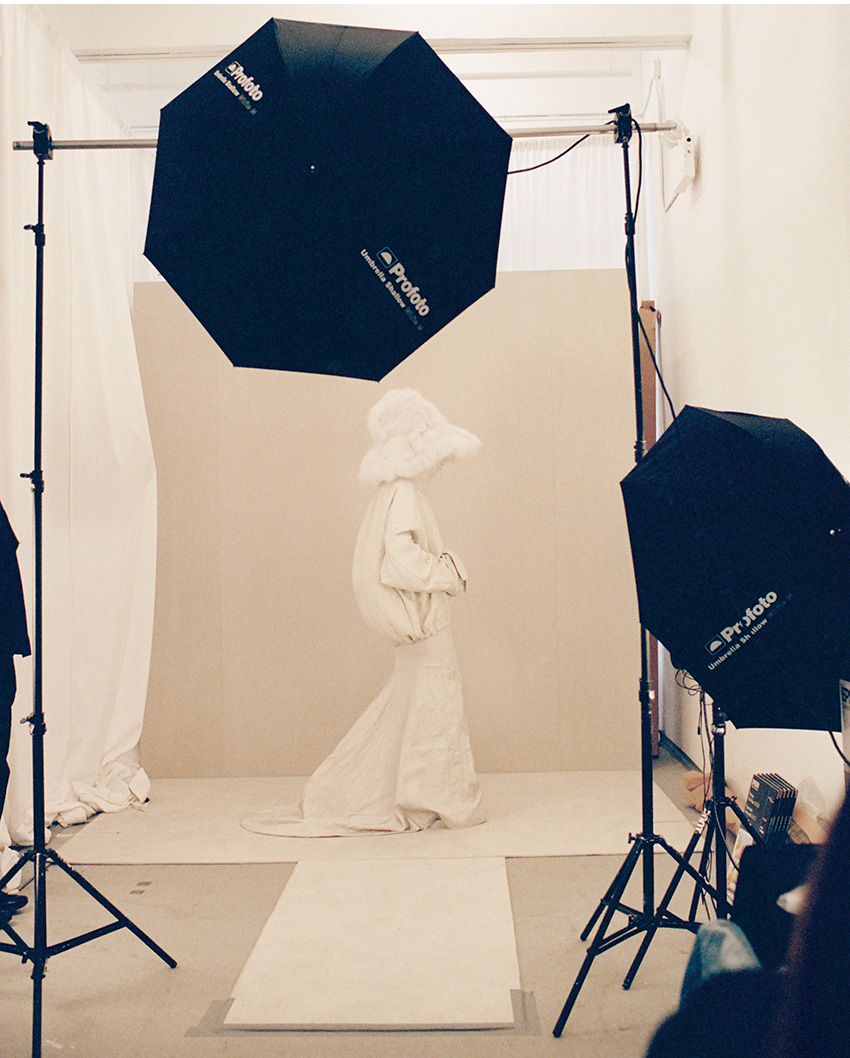 ‘Fendi at Tiffany’s’ might be the name for the meeting of these two grand edifices. Here, the storied New York institution takes on the Baguette and reimagines it in its most precious of forms, through its use of sterling silver, enamel, croco, white gold and diamonds. The T and the F complement each other in logo white gold fastenings, encrusted in diamonds while shining crocodile takes on the hue of Tiffany Blue – a colour which also irresistibly permeates the Fendi clothing palette. Perhaps most startling of all is an unprecedented Baguette made entirely of stippled sterling silver. Crafted by hand over a period of four months by the Tiffany artisans, the bag is engraved with lilies and roses – the national flower of Italy and New York State, respectively. It is also the first of Fendi’s ‘Hand in Hand’ partnerships to come from outside Italy and is a measure of Tiffany & Co’s superlative craftsmanship.

“It’s not a bag, it’s a Baguette,” declared Sarah Jessica Parker in Sex and the City and the pop apotheosis of the Baguette was complete. It is a statement that is also inscribed inside each of SJP’s capsule bags, or rather Baguettes. Designed alongside SVF (that’s Silvia Venturini Fendi), embroidered in degradé sequins with a palette of purple, wasabi, baby pink or soft blue, the bags feature four interchangeable buckles to suit the wearer’s mood. 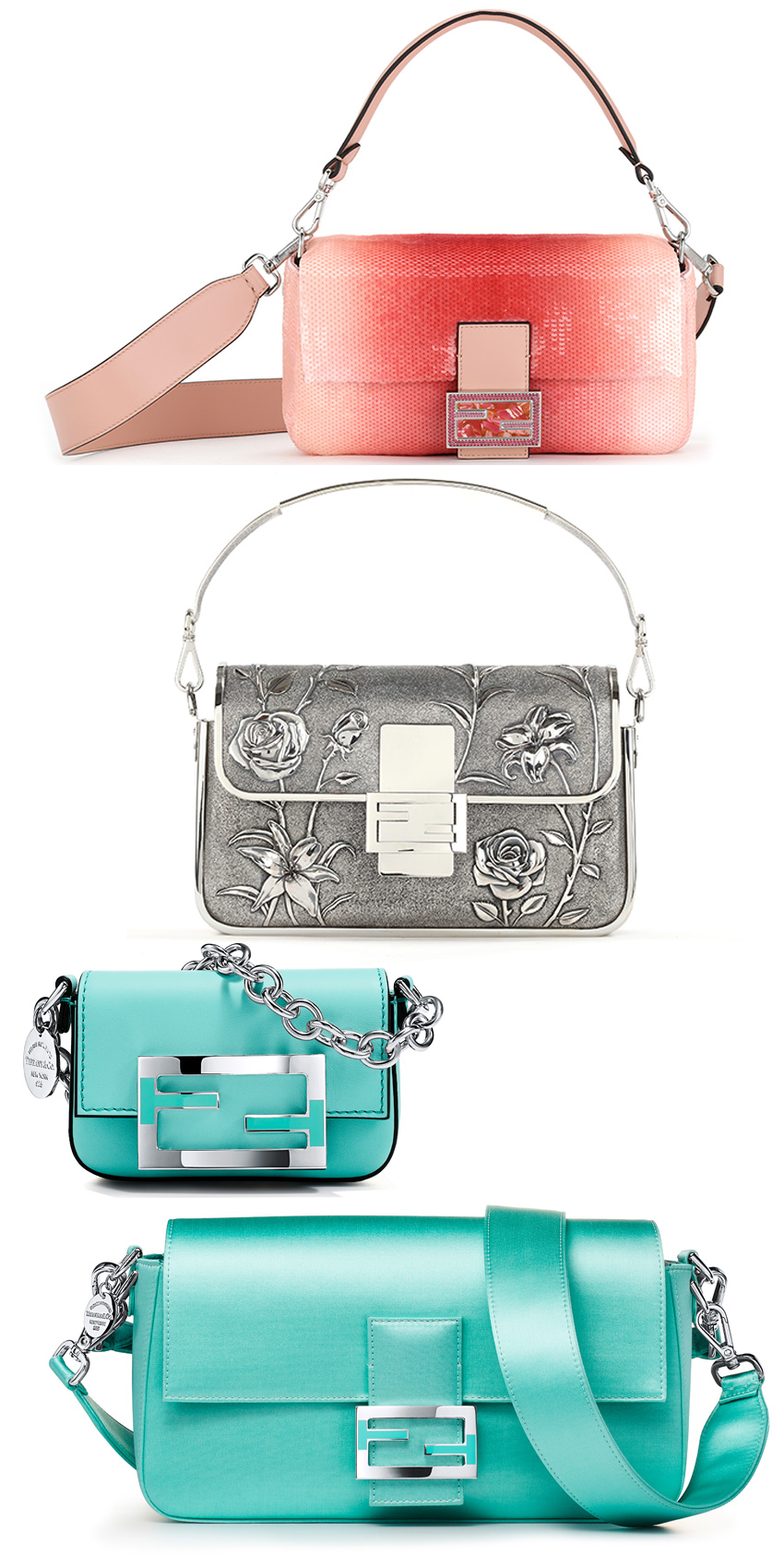 A NEW BAG IS BORN

In contrast, the supreme utility of the Japanese luggage brand Porter, gives the Baguette a decidedly masculine bent. Known for their hard-wearing bonded nylon – that nevertheless exudes beauty and luxury – together with precision Japanese craftsmanship, here lightness and functionality are key. The Porter collection is also a proponent of one of the Baguette’s latest incarnations: the Bum Baguette. 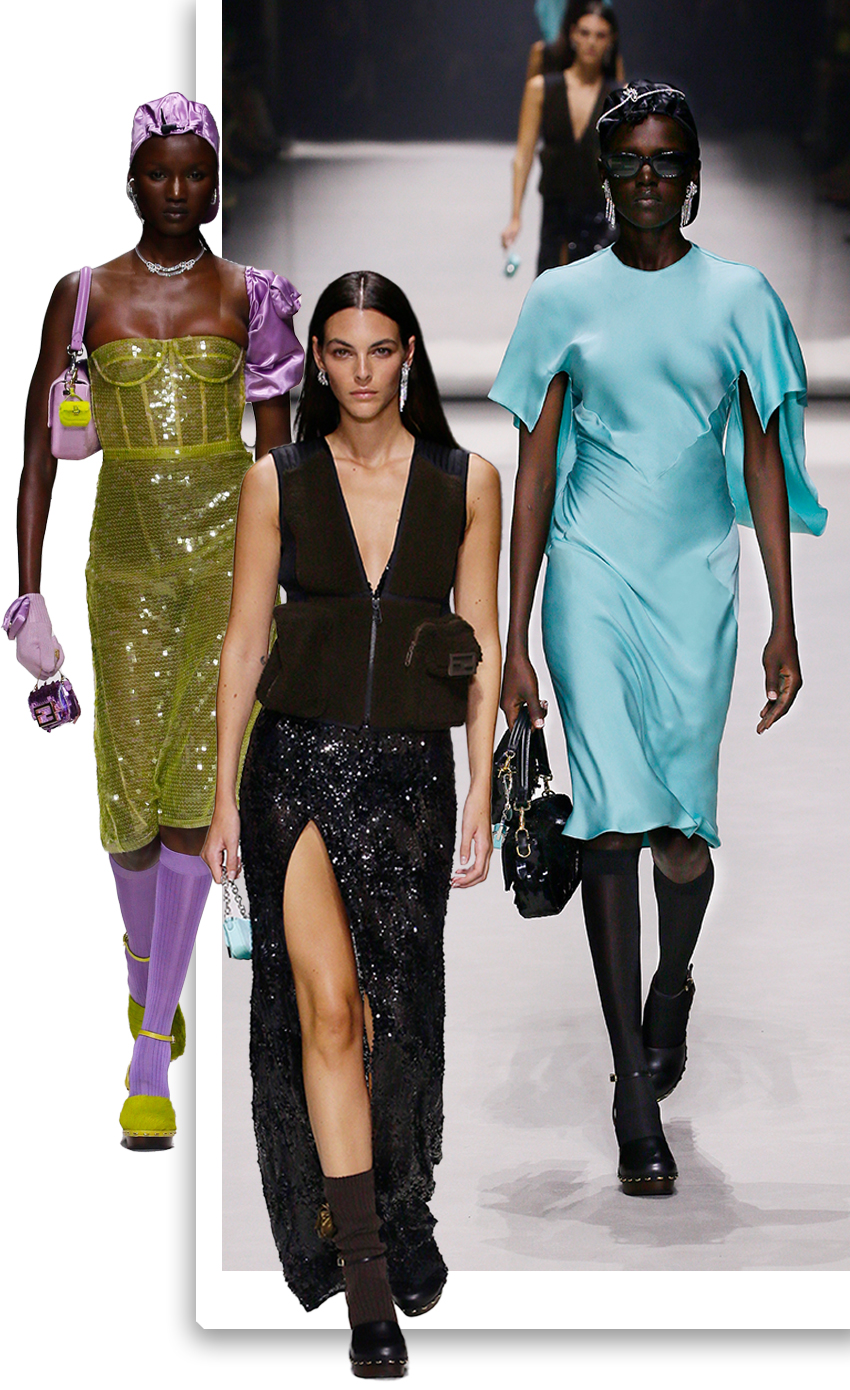 As if it was not spectacular enough, the Fendi show in New York signed off with the special attendance of  the legendary Top Model Linda Evangelista who is the ambassador of the Fendi campaign this fall, receiving a big ovation by the designers and the public who witnessed the show. 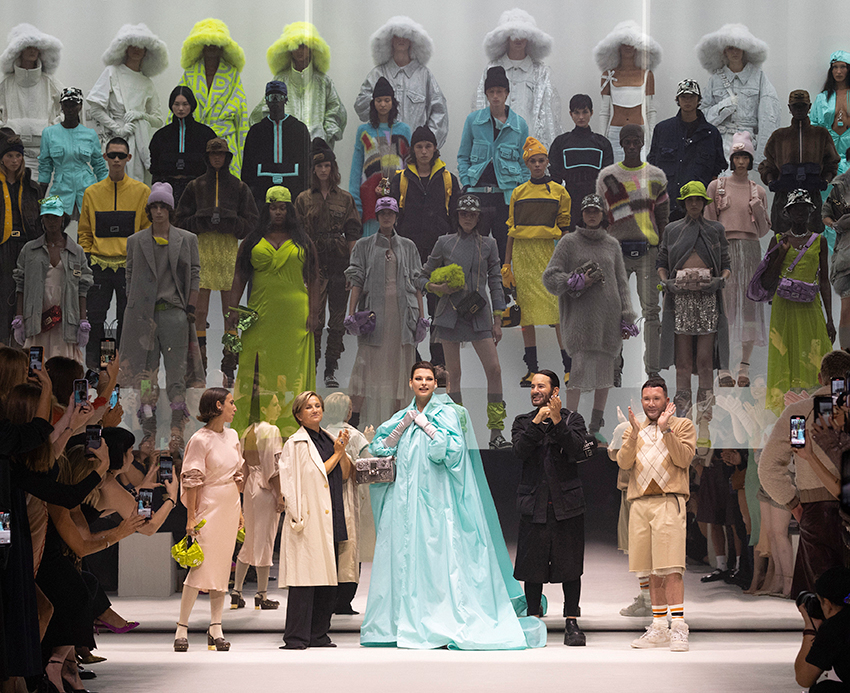 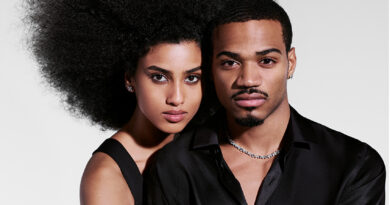 A JEWELLERY COLLECTION FOR EVERYONE 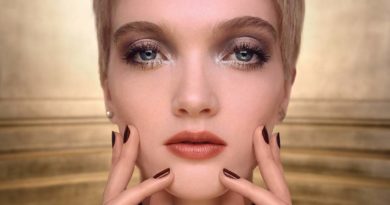 Load More... Follow US on Instagram
Perfect Wedding Magazine uses cookies to ensure that we give you the best experience on our website. By continuing to use this site we will assume that you are happy with it. Please remember to see the digital magazine online as well as the website. Enjoy!Ok