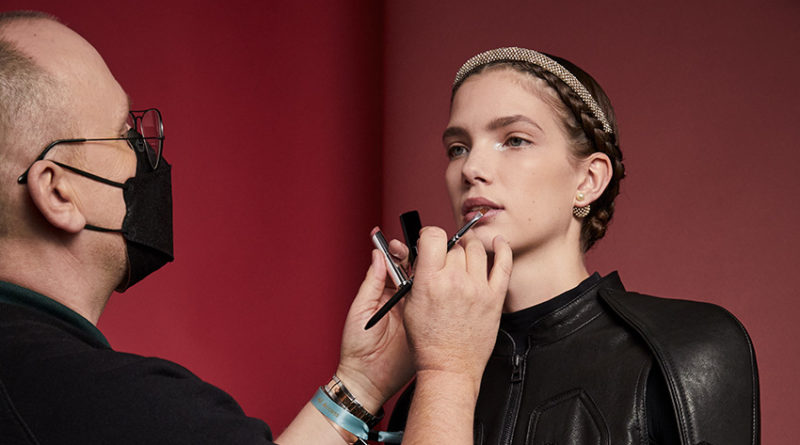 Peter Philips, Creative and Image director for Dior Makeup, created and styled the beauty look for the Ready-to-Wear collection Autumn-Winter 2022-2023 by Maria Grazia Chiuri. Peter Philips explained: “It is a very natural look, in which I wanted to emphasize a poetic eye by illuminating the inner corner of the eyelid with a touch of silvery iridescence.” 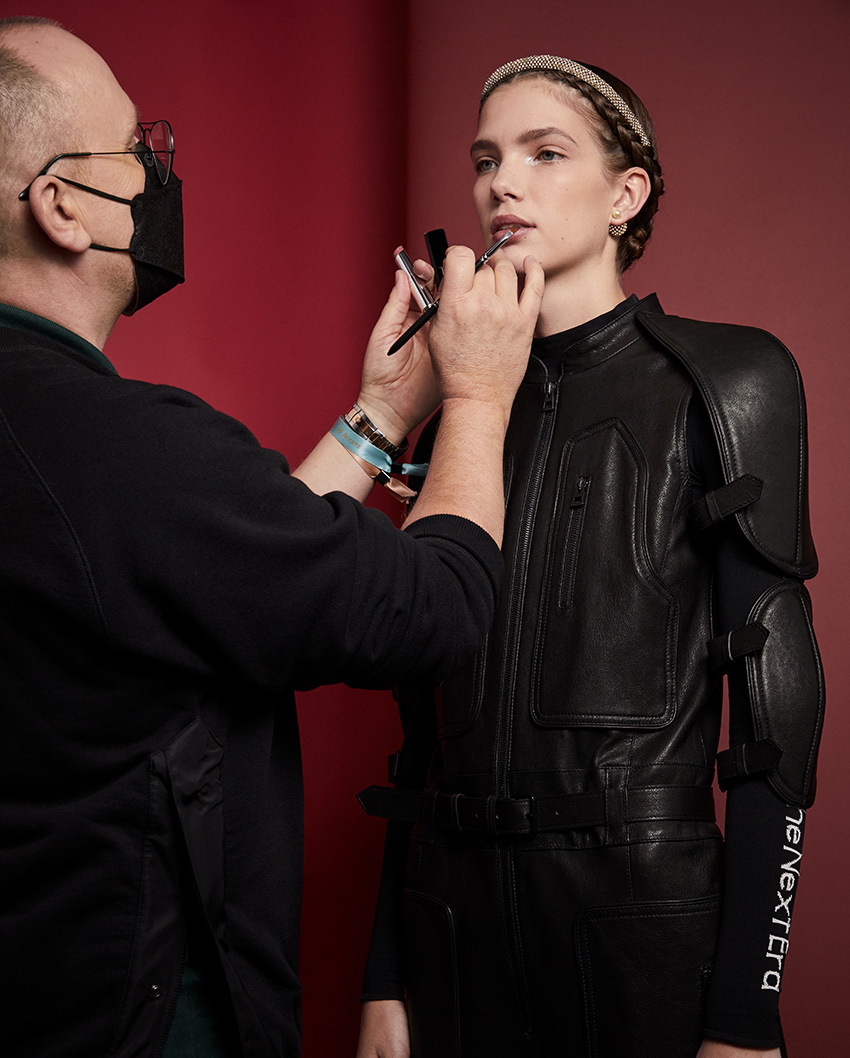 Peter Philips described eyes that were “lit and enhanced thanks to a touch of the silvery iridescent eyeshadow from the Dior Backstage custom eye palette 001 universal neutral, which I applied to the inner corner of the eyelids. The lashes were simply curled to widen the eyes and brows were subtly structured using Diorshow Kabuki Brow styler (in shades to suit each model).” 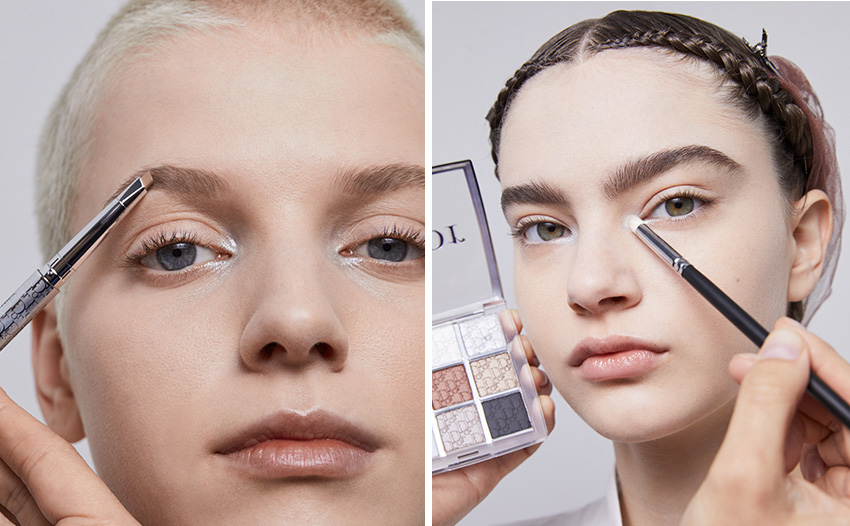 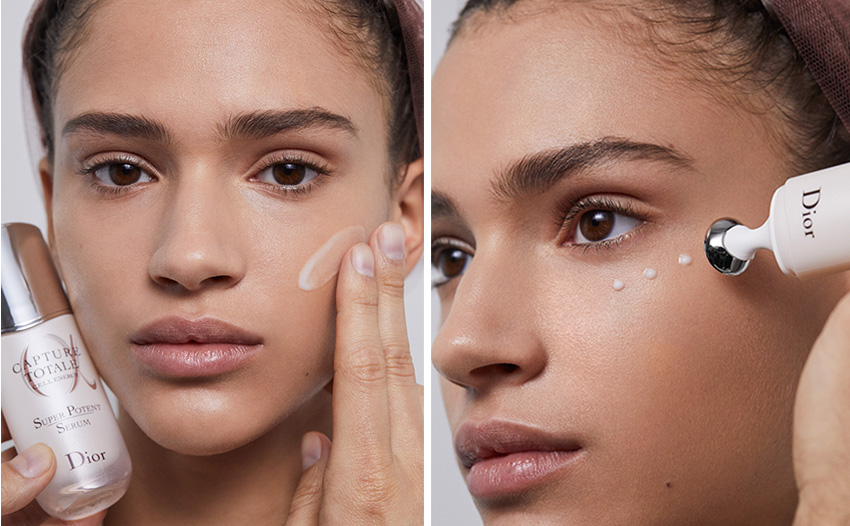 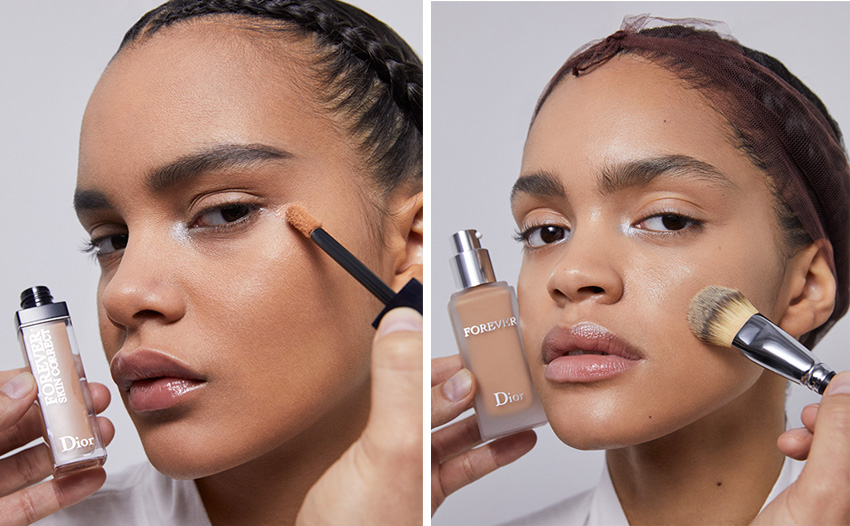 “From among the new range of Nude Dior Addict shades, which suit every skin tone, Dior Addict 100 nude look was used to heighten lips with a hint of natural shine.” 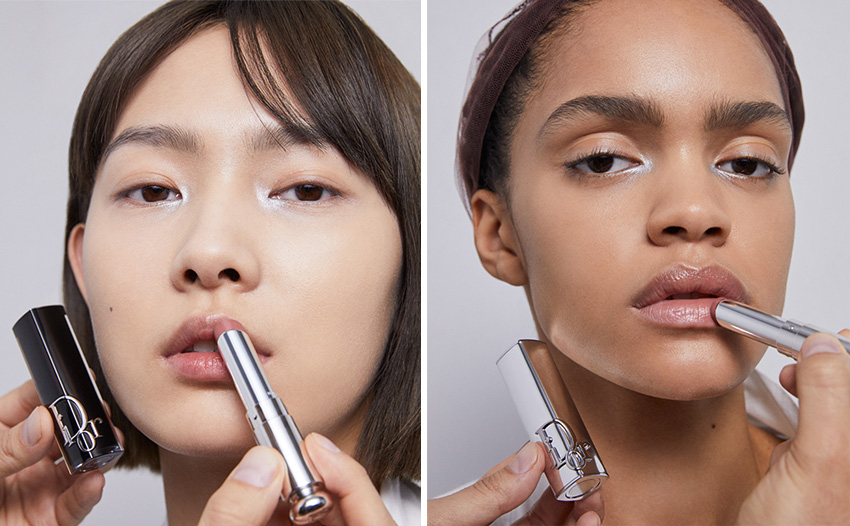 Some of the models had their hair braided into a crown on either side of a clean parting. Other models’ hair was left natural. 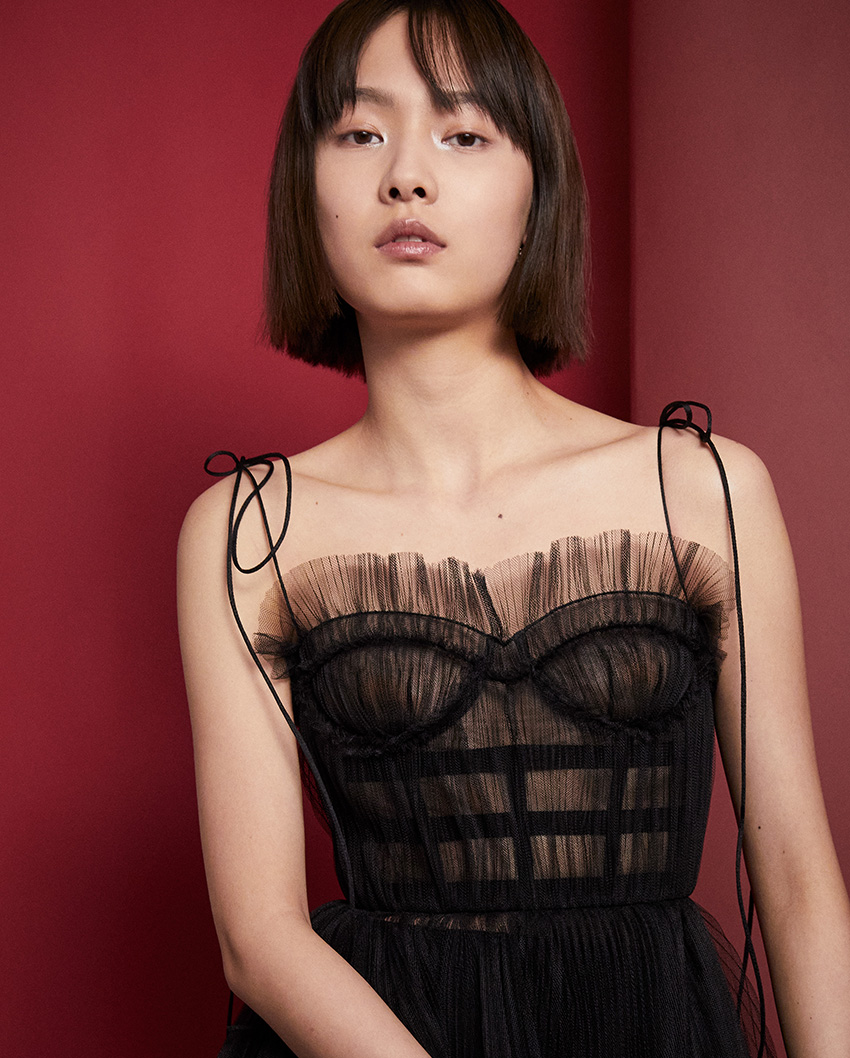 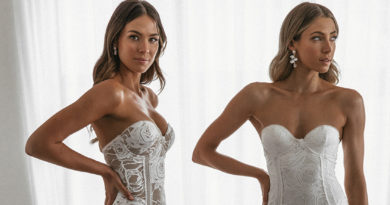 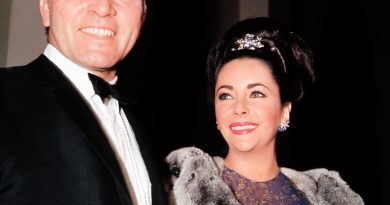 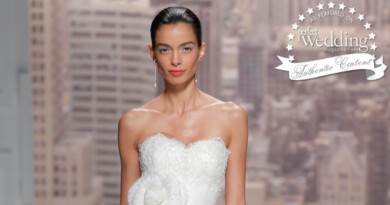