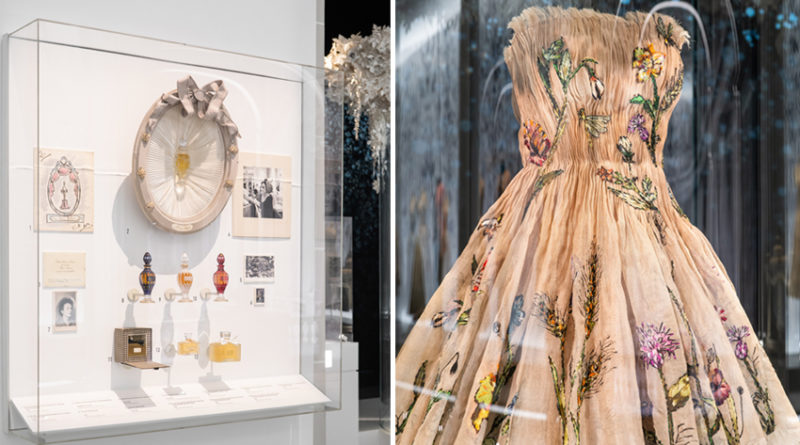 The exhibition Christian Dior: Designer of Dreams is now opened at the Brooklyn Museum in which Dior Heritage meets American Culture. 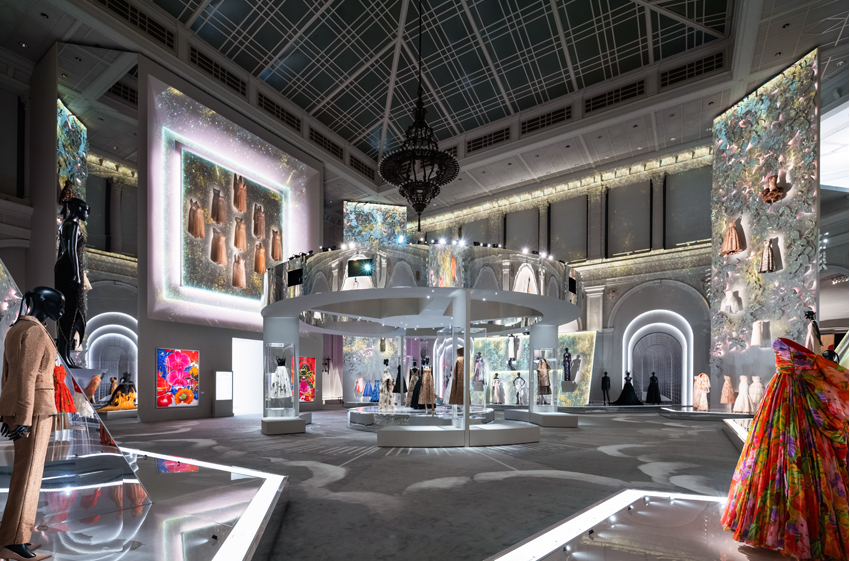 Following its success at the Musée des Arts Décoratifs in Paris1, Christian Dior: Designer of Dreams is being reinvented at the Brooklyn Museum in New York, as of September 10th, 2021, as seen through the eyes of curator Florence Müller in collaboration with Matthew Yokobosky2 for a selection from the museum’s holdings. In a new scenographic narrative – featuring several silhouettes on display for the first time – this event crowns more than seventy years of virtuoso passion initiated by the pioneering vision of Christian Dior. In September 1947, just a few months after the triumph of the New Look, the couturier flew to America, going on to establish a New York subsidiary the following year. 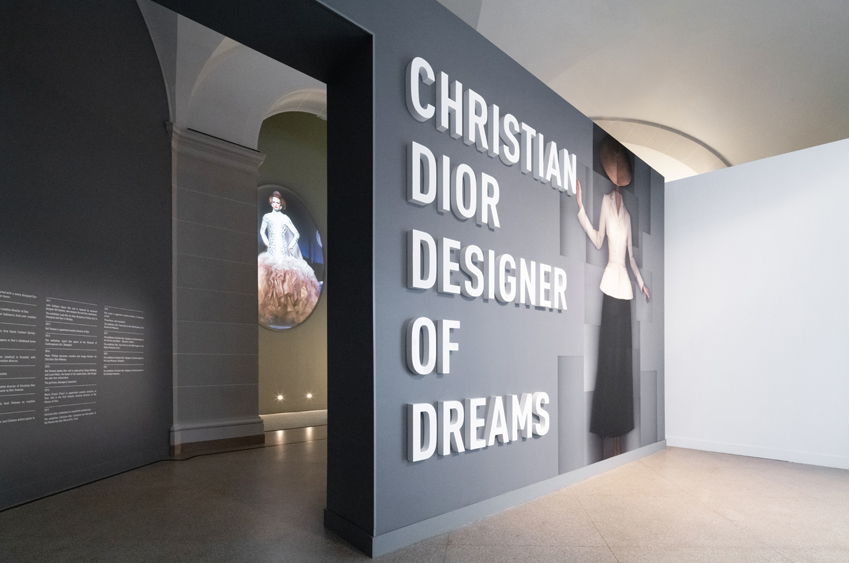 The exhibition opens with a journey through time and space – Paris to New York – from 30 Avenue Montaigne to the cosmopolitan heart of the United States, with which Dior has forged a long and enduring friendship3. Dior’s earliest haute couture creations – some of which have never been revealed to the general public before – interact with exceptional pieces, a striking encounter between Dior’s unique heritage and the Brooklyn Museum’s rich collections. Models from the Corolle and En Huit lines are displayed alongside paintings, including a work by Paul-César Helleu4, one of Monsieur Dior’s favorite artists.

From painting to the decisive moment: a dedicated space celebrates American masters of photography. Richard Avedon’s iconic photograph, Dovima and the Elephants, is surrounded by an array of captivating prints, past and present. Among these great names and talents, Horst P. Horst, Irving Penn, Henry Clarke, Lillian Bassman, Frances McLaughlin-Gill, William Klein, Annie Leibovitz, Herb Ritts, and David Lachapelle all captured the founding couturier’s flamboyant silhouettes and those of his successors; an inclusive collection that transcends borders, eras, and styles.

The journey continues through the creations of the House’s successive Artistic Directors, showcased with respect to art history: Yves Saint Laurent, whose key influences included the beatniks and The Wild One ; Marc Bohan, who was fascinated by Jackson Pollock; Gianfranco Ferré, some of whose looks echo the museum’s architecture; John Galliano and his dazzling extravagances, accentuated by sumptuous Egyptian antiquities or a portrait by Giovanni Boldini; Raf Simons, a fervent collector of Sterling Ruby; and of course Maria Grazia Chiuri, who chose to dialogue with several American artists such as the feminist Judy Chicago5. 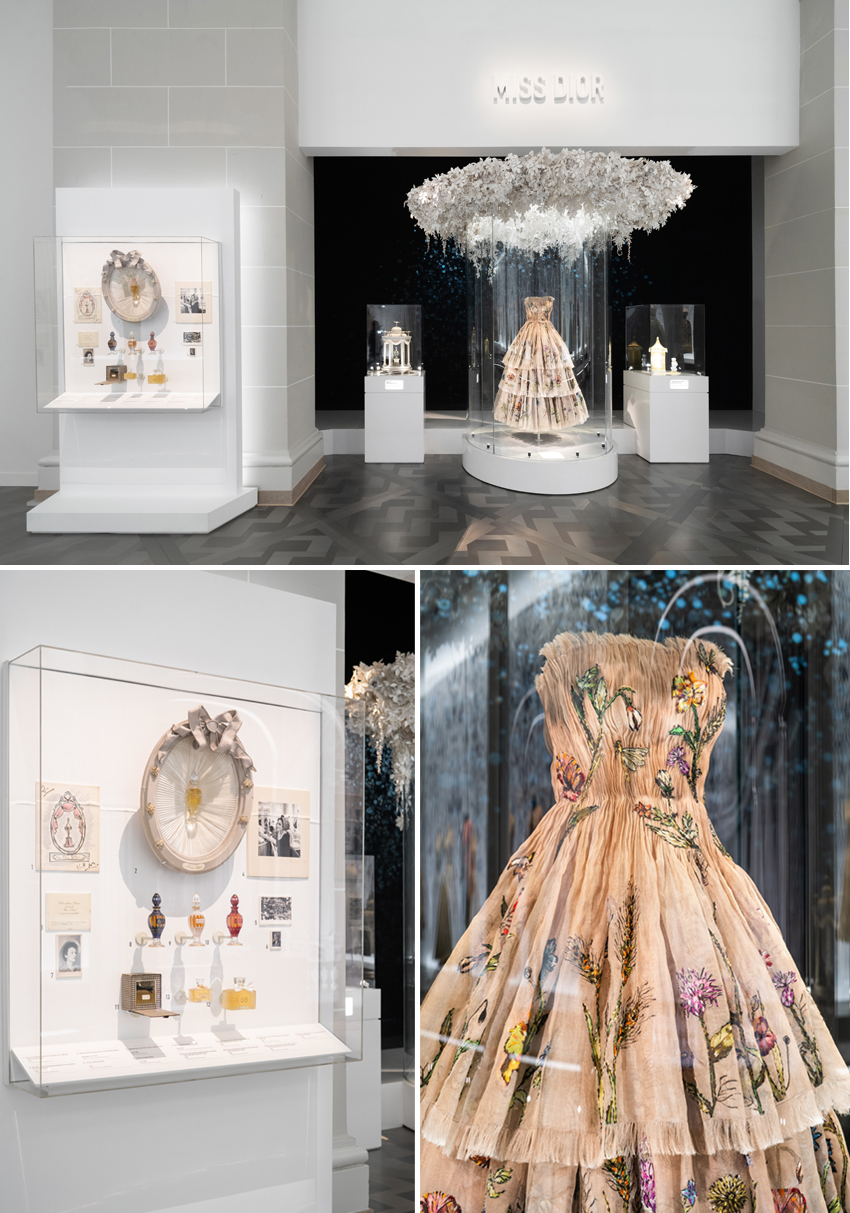 The House’s multiple sources of inspiration – from Versailles to the splendour of flowers – are on display, while the Colorama, a magical cabinet of curiosities brimming with chromatic nuances, reveals the essential role of Dior accessories, from makeup to perfumes, including hats by Stephen Jones. The must-see toile room, a tribute to the Ateliers, showcases the excellence of Dior’s petites mains. In a final magical touch, the central vault has been redesigned as an enchanted garden with a sky constellated by stars – an echo of Christian Dior’s lucky star. Visitors may also discover dresses that have graced the most dazzling actresses, from Grace Kelly to Jennifer Lawrence. The American dream meets the Dior dream, from art to fashion.

1A retrospective conceived for the House’s 70th anniversary, and which was also presented in London and Shanghai.
2Senior Curator of Fashion and Material Culture, Brooklyn Museum.
3Christian Dior, who had never before crossed the Atlantic, in 1947 embarked aboard the Queen Elizabeth for New York. It was love at first sight “Carried away by my enthusiasm, I completely forgot the ancient continent of my birth… My two days in New York were spent in a state of continuous wonder.” A passionate encounter related by the couturier in his autobiography, cited in the complementary press release: From the New Look to New York.

4Seated Woman (1895), Paul-César Helleu (1859-1927).
5Whose monumental installation The Dinner Party figures among the exceptional works at the Brooklyn Museum. 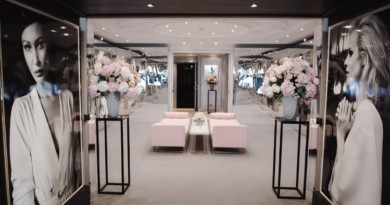 INSIDE THE DIOR SUITE IN CANNES 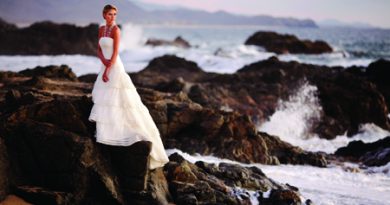 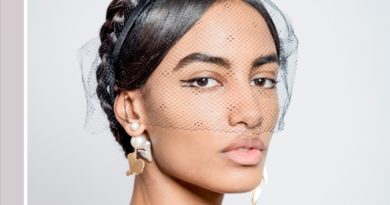